The subject of help-seeking for psychological disorders certainly seems to be an area that presents particular challenges to masculinity, complicated by the fact that when men do seek help from medical practitioners they often present with somatic or psychosomatic symptoms that may have an underlying emotional cause. It is therefore highly likely that male cases of depression and anxiety disorders are under-diagnosed (O’Brien et al., 2005; Wilkins, 2009)

History, in a Glance

Family doctors practicing in the 1950s noted that women tended to present with symptoms of low mood, anxiety, lack of motivation, and sadness (which, for the most part, were easier to recognize), whereas men were more likely to present with somatic symptoms, including a range of ill-defined disorders affecting the stomach, digestion, sleep, and general well-being (Royal College of General Practitioners, 1956–1958).

A National Health Interview Survey reports that just 1 in 3 men took medication for daily feelings of depression or anxiety, while just 1 in 4 spoke to a mental health professional.

Further, statistically speaking, 75% of suicides are currently among men; and we can trace this trend back historically to data that suggests that this has been the case since the beginning of the 20th century (Watts, 1966; Wilkins, 2009).

What are some of the causes?

Men’s issues can develop from various causes and triggers. For example, they often stem from societal expectations and traditional gender roles, which may lead men to think that they must:

Depression is often positioned as a woman’s disease, in part due to the recognition of a lower incidence of depression among men compared to women. However, downstream indicators including men’s self-harm and suicide suggest that depression may be less often diagnosed because men tend to deny illness, self-monitor and treat symptoms, and avoid health services or have difficulty engaging care providers. As a result, men’s depression, including how to identify and treat it, is poorly understood.

While men’s mental health issues may pose particular challenges considering societal conventions regarding traditional heteronormativity, they are just as important. One concerning aspect is that men are more reluctant to seek treatment for issues they face than women. The risk of suicide is also much higher among men. Studies have shown that men are more than 3.5 times more likely to die from suicide than women. The choice of lethal weapons, such as firearms, maybe at the cause of this. Alcohol abuse, a factor often related to suicide, is also significantly more common in men, who are more than twice as likely to become alcohol dependent than women (Wilkins, 2009).

However, seeking and continuing treatment can have a significant positive impact on the lives of men who experience mental health issues. Seeking support from health professionals and loved ones can ease the symptoms, improve quality of life, and reduce the risk of suicide. 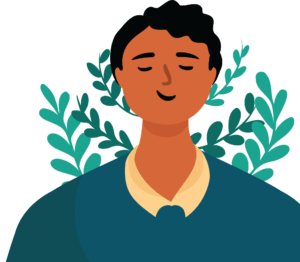